Yesterday, Vivo made it official that the new Vivo X Fold+ will be officially launched on September 26. However, at the same time, it was expected that the officials would start to tease the significant highlights of the phone in the upcoming days until the launch event, and things went in the same pattern.

This morning, Vivo (on Weibo) has officially confirmed that the new Vivo X Fold+ will be powered by the latest Snapdragon 8+ Gen1 chipset, support 80W Fast Charging, and is compatible with more than 5000 apps on its foldable screen. 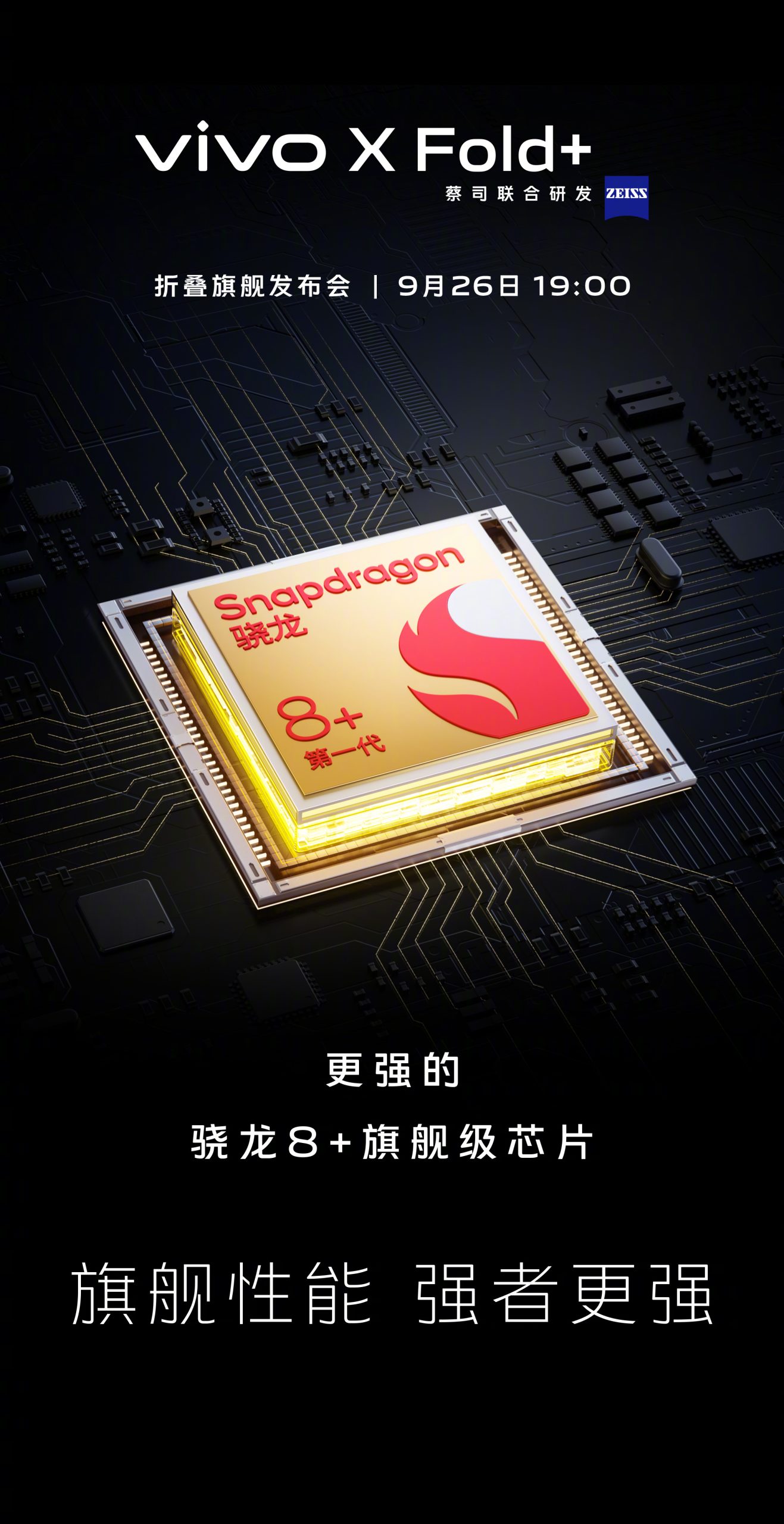 Previously, it was already revealed through benchmark applications that the upcoming Vivo X Fold+ will be powered by Snapdragon 8+ Gen1 chipset. Even the device has scored more than 1.1 Million on the AnTuTu benchmark. 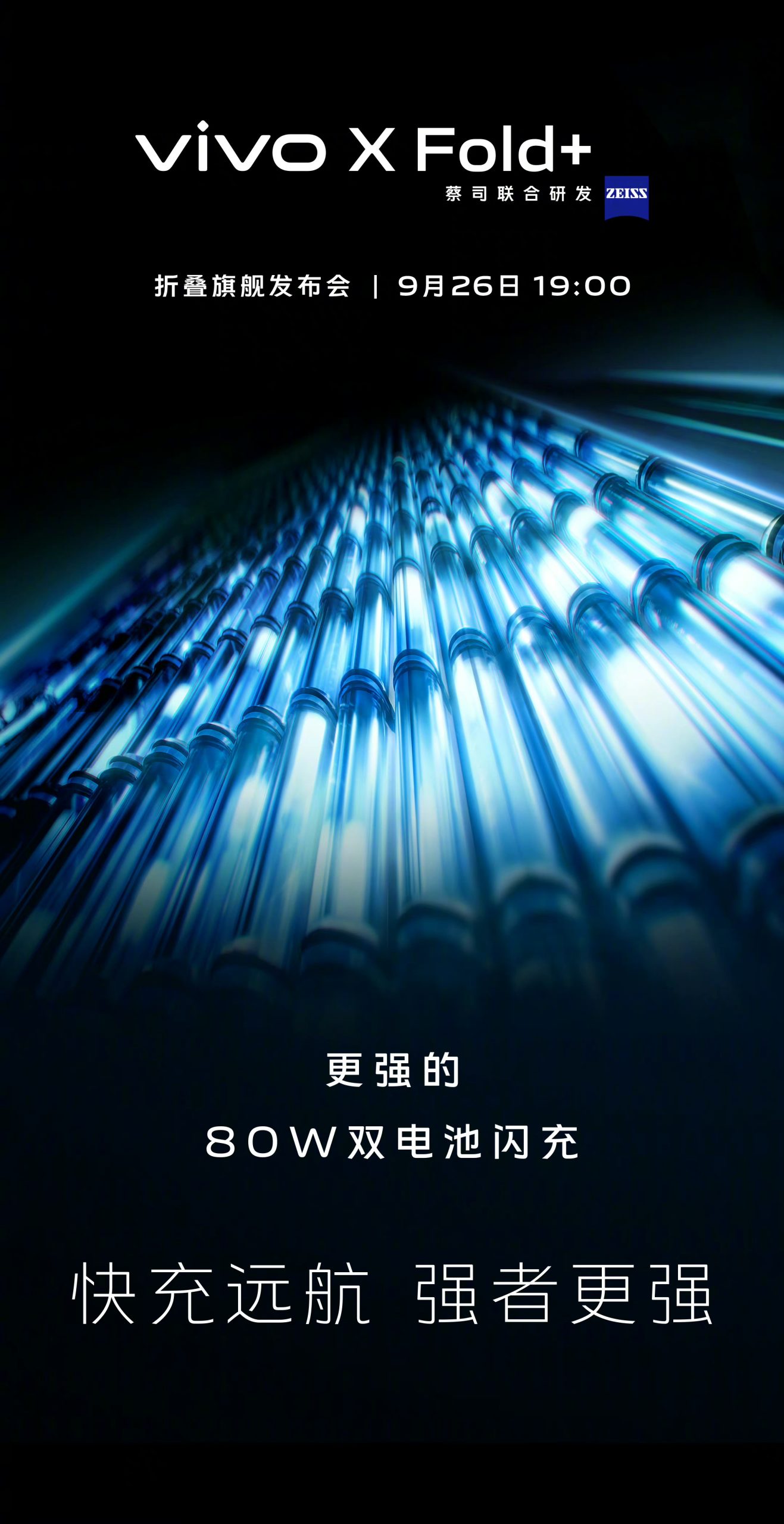 Next, we have 80W Dual-Battery flash charging technology, which was also got revealed through 3C Certification. As per certification, the Vivo X Fold+ will feature the 80W Super Flash charger (carrying model no: V8060L0A2-CN) in its retail packaging box. The charger supports 80W maximum charging at 20V/4A. 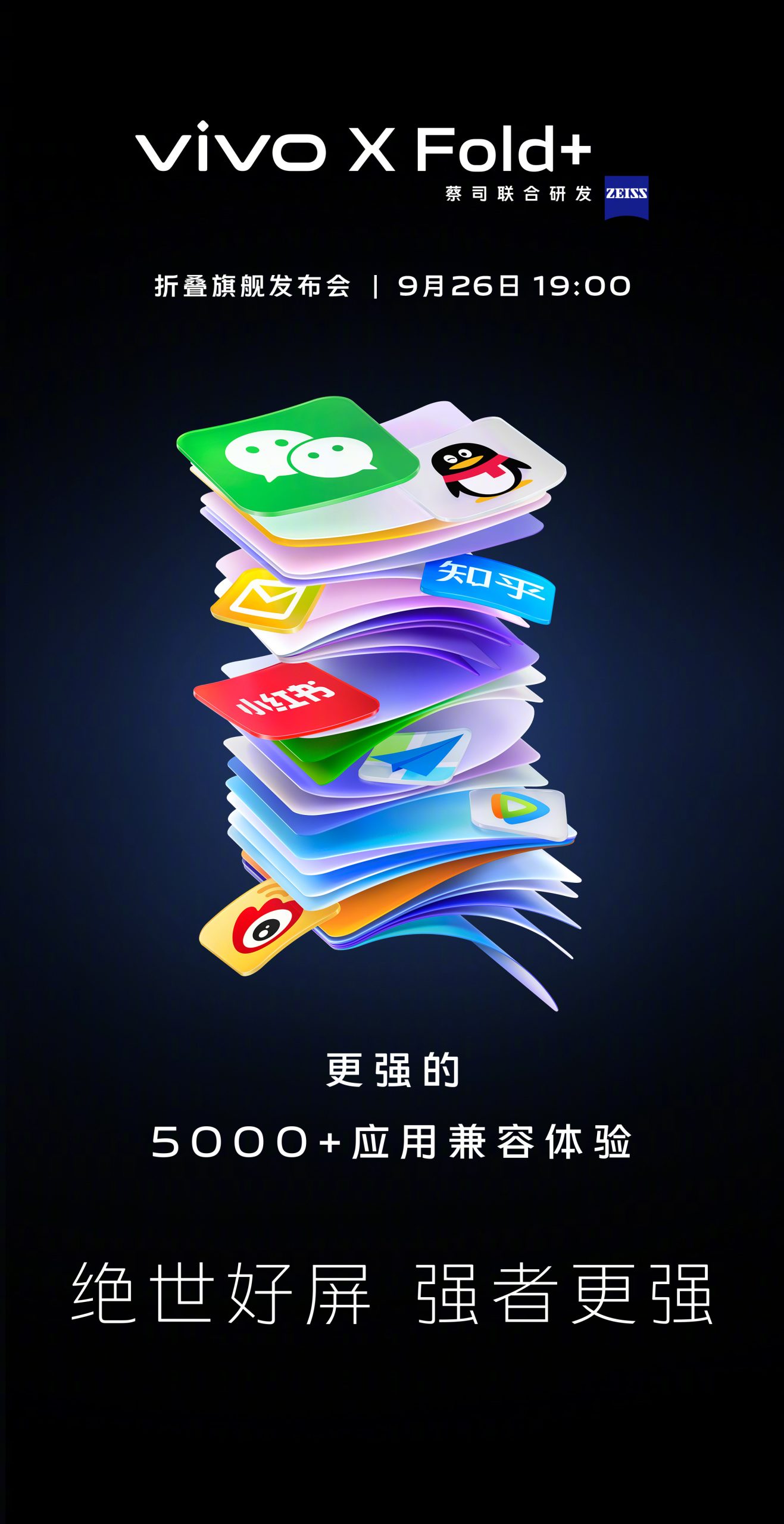 It has been widely observed that app compatibility is a major issue in foldable phones. However, with the new Vivo X Fold+, This problem will no longer exist as officials revealed that this foldable phone is compatible with more than 5000 applications.

More highlights regarding the all-new Vivo X Fold+ will be released in the coming days.

OnePlus 11 series will be Texture and Performance Focused; Specifications Revealed 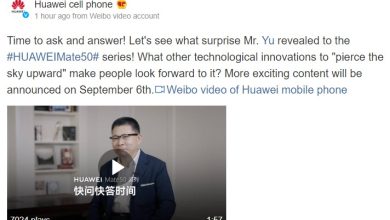